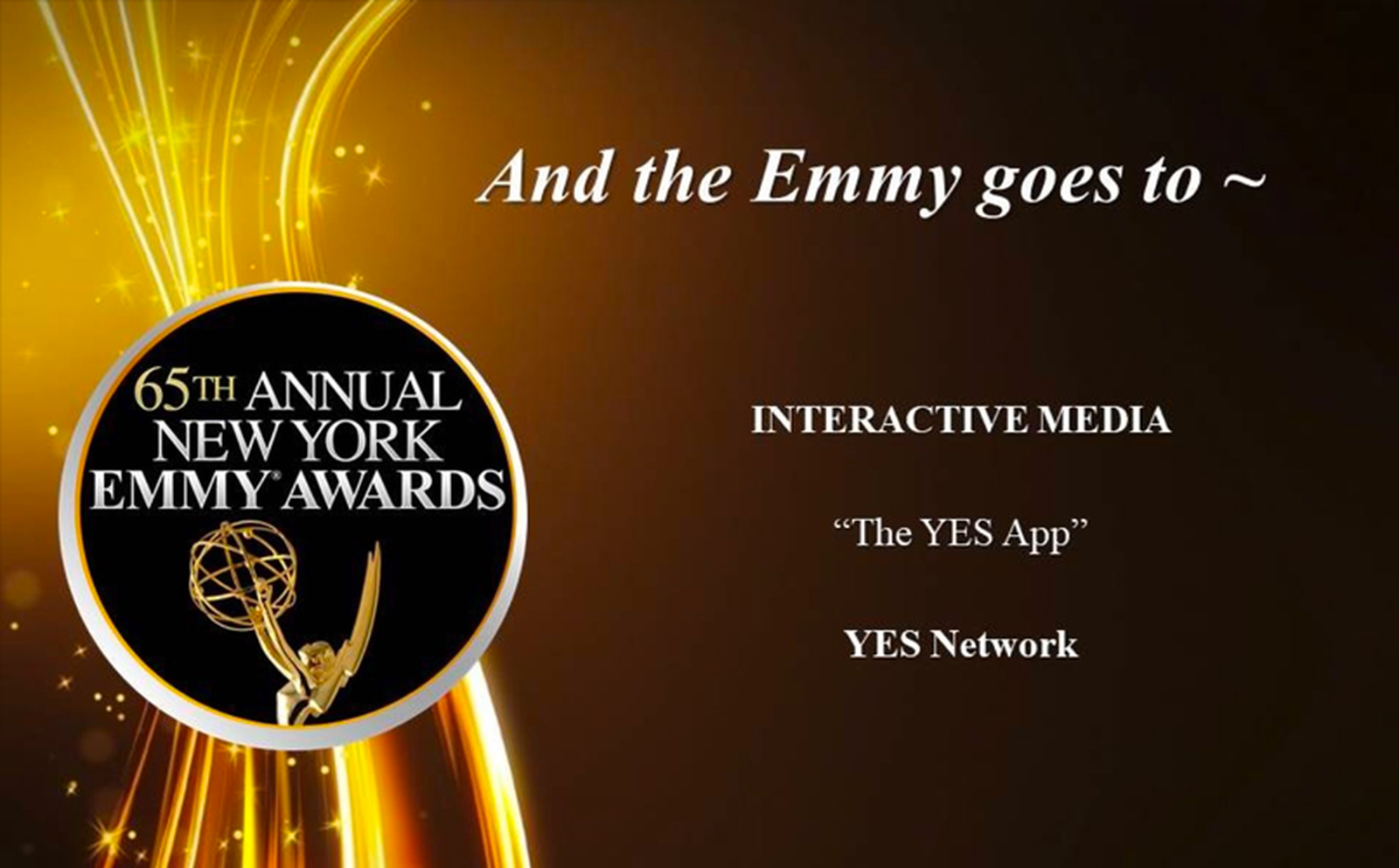 Congratulations to the YES Network for earning seven Emmy wins at the 65th annual New York Emmy Awards, including the category Interactive Media for the YES App!

Check out the full list below. The case study on our work with YES Network is available here.

Yankees Fan Up (tied with Telemundo 47)