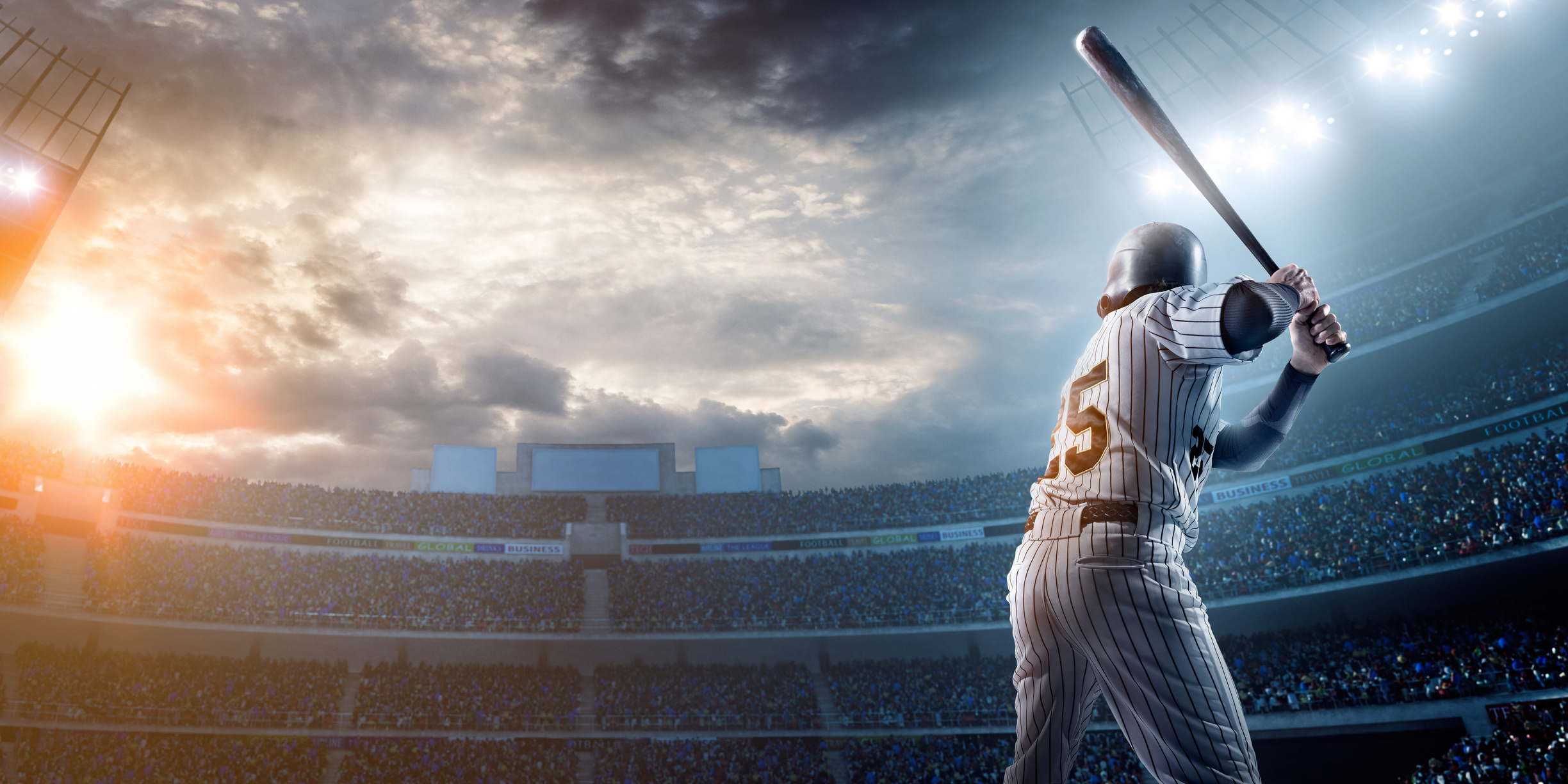 Retaining market share in an increasingly fractured media landscape is now the Holy Grail for broadcasters and the reason why so many - particularly those involved in sports and live events – are looking for new ways of interacting with their audiences. A key development is the use of apps that allow viewers to access additional content and stream multiple live events simultaneously. These apps also give broadcasters the opportunity to engage with audiences by providing a personalised viewing experience.

One broadcaster that is having huge success with this format is the Yankees Entertainment and Sports Network (YES Network), the most-watched regional sports network in the USA for 16 of the last 18 years. YES Network is the owner of exclusive regional TV rights for many sports teams, including the 27-time World Series champions New York Yankees, the NBA’s Brooklyn Nets, MLS' New York City FC and the WNBA's New York Liberty. Since its launch in 2002 it has won 134 Emmy Awards and made the list of Forbes' Top 10 most valuable sports business brands for nine straight years.

The YES Network launched its self-built live streaming mobile app in March 2021 and within a day it was the No. 1 free sports app in the Apple App Store. By August 2021 its unique-per-game viewership was up 236% year-over-year from the viewership figures it was achieving when it was streamed on the FOX Sports GO app.

The YES App’s ability to exceed initial expectations is down to two things: the use of state of the art technology and the constant evolution of additional app features and improvements. The latter reached new heights in June when YES Network launched YES Edge - an optional interactive graphic overlay, powered by cloud-based SaaS platform Ease Live AS (an Evertz company), that makes the viewing experience of baseball games more interactive by offering live stats, polls, quizzes, facts, line ups and more.

As YES Network’s Head of Digital Kevin Sullivan points out, giving viewers easy access to more of the content they want is an excellent way of engaging and retaining audiences.

One of the goals that we’ve had from the beginning is to create an immersive ecosystem where fans can have everything at their fingertips. With YES Edge, not only are we giving users the information they want within the app, but they don’t even have to leave the live stream to access it. Ultimately, we think our offering is more robust than anything you see out in the marketplace and we’re still just in the first inning of this thing, as we’re constantly evolving and adding to the product.

The creation of YES Edge was down to a collaboration between YES Network, its app developer Clearbridge and Evertz, which provided technical infrastructure to support the synchronization of overlays from the broadcast production environment. The app incorporates a Bitmovin player and is connected to a backbone/OTT platform from iStreamplanet. The overlays themselves were created in a matter of months by Ease Live and the YES On-Air Graphics team headed by Rick Deutschman.

The Ease Live platform is very flexible, making it easy to design, build and distribute interactive overlays to large audiences. It is all about delivering dynamic storytelling content to fans and giving them that content on top of their streams during live games.

For YES Network, the Ease Live interactive graphics platform was an obvious choice to help fulfill this ambition. Used by many sports leagues, broadcasters and content creators around the world, the platform creates, builds and distributes overlays to millions of end users on connected devices, in real time. A unique feature of the Ease Live platform is the powerful Ease Live Data Service, which makes it very simple for customers to synchronize their live broadcast moments with interactive graphics in a frame accurate manner.

The Ease Live Data Service is a critical component of the Ease Live platform. It leverages Evertz’ years of experience in timing and synchronization to bridge the production timing and the OTT delivery platform to ensure frame accurate placement of interactive graphics on top of the customer’s video player. The Ease Live Data Service provides reliable and redundant synchronization using the PTP from the production and injects timing information into the streams which is then read by Bitmovin player and the Ease Live overlays.

Getting the timing right is crucial for unlocking the commercial potential that interactive live streaming offers, as interactive content can be placed in relation to the game action and provide valuable clicks and conversions. As edge graphics are rendered directly on the user’s own devices, the experience for each user can be tailored. To achieve this it is crucial that everything is timed accurately, from the graphics events themselves to the metadata in the cloud; everything relates to the game time, which resides in ID3 information in the video streams.

As well as offering tools to quickly design, build and deploy HTML5-based overlays in the cloud, the Ease Live platform also allows new versions to be published in real time, without going to the app stores, thus minimizing app level changes and shortening time to market. Broadcasters can also use the platform to build a first party data strategy with Ease Live providing additional insights into viewer behaviour.

For viewers, accessing the new YES Edge features is very straightforward. When entering a live stream of a YES Network Yankees telecast, all they have to do is click on the YES Edge icon on the right side of the stream and dive into the overlay. Ease Live also connects to any stats provider and can include data from any API. Content and graphical elements are gathered and stored in the cloud, then shipped to users in real time so that live updates are synchronized with the broadcast and sent out at the correct time as the game progresses. This ensures that users only get data that is relevant – and with no spoilers - at the point at which they enter the stream.

The YES Edge experience is very stats focused and goes incredibly deep into the data and game events. We've ingested Sportradar's entire APIs for baseball, which means that we know every single detail there is in the broadcast, ahead of the time where users see it ‘live’ in their app. In this regard, the YES App is a highly advanced installation, and probably the richest baseball experience anywhere in the market today.

Evertz acquired the Ease Live platform as a direct response to changes in the broadcast market, in particular the shift to OTT over the past decade. Initially, when broadcasters began experimenting with OTT, they took the same video signal and simply streamed it over the internet. Evertz saw huge potential to innovate in this space by making all content interactive without viewers having to leave the live stream. By incorporating Ease Live, overlays simply play out fully synchronized with the broadcast content, and the platform scales to millions of users in the cloud.

“This is the next generation for live streaming, and we are extremely proud to be working with everyone at the YES Network to launch an entirely new sports experience for the connected fan,” Horneland says. “By adding an SDK to the YES App, Ease Live integrates seamlessly and makes it simple for YES to connect to dynamic data and process it, without needing a big development team to do the heavy lifting. APIs that contain sports data for broadcast aren't typically built to scale to larger audiences, so Ease Live takes care of this by scaling to millions of concurrent users, whilst also gathering deep user analytics from the viewers.”

In the months following the launch with Ease Live the YES App experienced a 38% increase in average unique streams per game. The time spent per unique streamer per game increased by 26% over the same period. Fans have responded positively to the new overlays, which delivered 60% response rates to factoids and 47% response rates on polls during live games.

Increase in time spent per unique streamer per game

The YES Edge feature proved so popular with New York Yankees audiences that YES extended it to its Brooklyn Nets telecasts, starting October 2021 after the baseball season ended.

“Due to the fluid nature of basketball, it was necessary to create a new graphics package that had its own unique look and feel,” Kjetil Horneland says. “YES and the Ease Live team worked closely together to achieve this in time for the new basketball season. Thanks to the flexibility of Ease Live technology, we were able to create the new graphics package very quickly and have it ready to roll out for the first Brooklyn Nets broadcast in October.”

YES has also introduced new Watch Party features to YES Edge, where viewers connect with friends through their mobile devices, while simultaneously watching a Brooklyn Nets game on another screen. With the Watch Party feature, fans can invite their friends to watch games at the same time and engage in live discussions while immersed in the action. This type of social interaction is gaining popularity with audiences because it allows them to engage with friends and loved ones, even when they are on separate devices, in separate houses and sometimes even in separate cities and countries.

Ease Live seamlessly integrated with a solution from Sceenic, a UK-based company, to provide YES Edge with the new Watch Party features.

Attracting and retaining viewers is always the goal for broadcasters and to this end the YES App recently launched a Pick’em game, “YES Pick n Play,” to engage fans during its streamed Yankees and Nets games. In addition, sophisticated apps such as this can be powerful drivers for new types of business models and conversions. YES already has the ability to ask polls on its live streams and the audience interaction this generates provides useful data and insights that can be very appealing to advertisers.

We're building a daily digital destination around the YES App where fans can connect and communicate with each other. We really want to build this as a way to engage with as many people on as many platforms as possible. We're thrilled to provide the opportunity for fans to put themselves in the producer/director’s chair and watch the game their way with YES Edge. Ease Live delivered what we consider to be the industry leading solution for interactive overlays and we couldn't be prouder of the new interactive offering.